It has been a crazy, busy summer! But I am in the studio again... and also framing some favorites!

Elle Design Studio in Chester, Connecticut (elledesignstudio.net) exhibits the art of Gallery One Connecticut artists (www.galleryonect.com).  I am a new member of Gallery One, and will be participating in "Meet the Makers" on Sunday, October 9 with sculptor Deborah Hornbake. I am really happy to be showing here and with this wonderful group of artists... It is really good to see artwork displayed in this showroom as it should be: around sofas, tables, chairs and the surroundings of real life. The gallery now has four from the group of paintings and prints pictured below, so I thought I would also show photographs of them to you... so that you can choose the ones you like best.

This first group is composed of acrylic and collage paintings, with the first two on wood and the second two on paper: 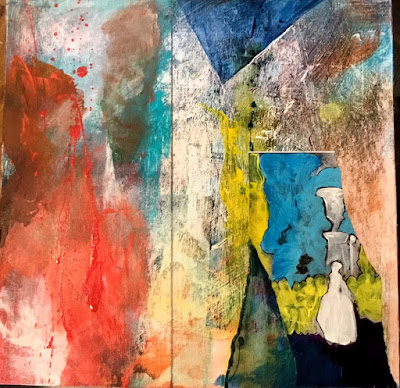 The painting above, "After Watteau," was also featured in the KYSO Flash fall issue (2016).

The next painting is called "Stereoptical Study XIII: The Harley Wall."  The reference to the Harley Wall comes from the painting underneath this painting, where I had drawn a mythical graffiti'd wall that I imagined might be found in the Mission in San Francisco. As I painted over it, the work deepened, as a wall with layers of paint and posters might. The word "stereoptical" in the title comes from the two sides here: 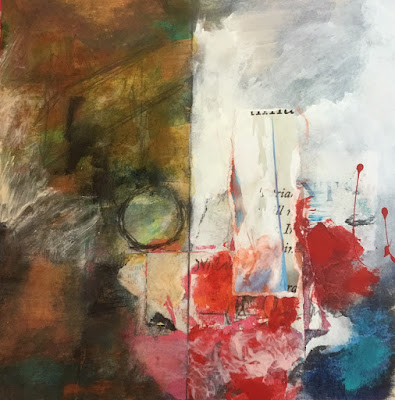 The next painting, on paper, comes from being able to sketch in Emily Dickinson's bedroom as the "new" wallpaper (an artist's design for what might have been there) went up on her walls. This work was shown at the Emily Dickinson Museum (her Homestead) on September 1, 2016. 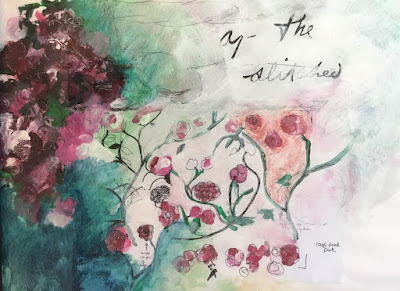 This next painting, on paper, is the oldest; it comes from our stay awhile ago in Ireland... The rooftops were lovely and this advertisement was on a wall in Cork, where Murphy's brewery is. The painting is called "STOUT." 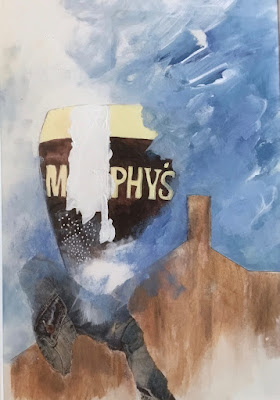 The next works are all digital prints. I make these by first painting, drawing or photographing an original work on paper. Then I incorporate that into an iPad application, Adobe Sketch. I paint, then, and ask a local print shop to make the final piece. The first two works were shown at the Emily Dickinson Museum and are influenced by her work and my time sketching in her home. Here is "Exhilaration" and then "Midsummer Night's Emily' (my painting of Emily began with the only known daguerrotype of the poet, and I then drew her as I imagined she might look as she matured). 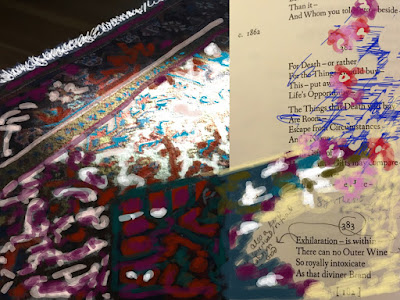 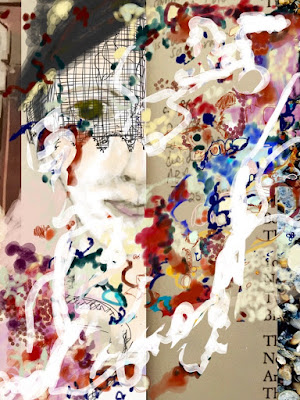 These last two are "The Sheykh and the Gazelle" (the first of the tales in "A Thousand and One Nights") and "For Vincent and Jasper." 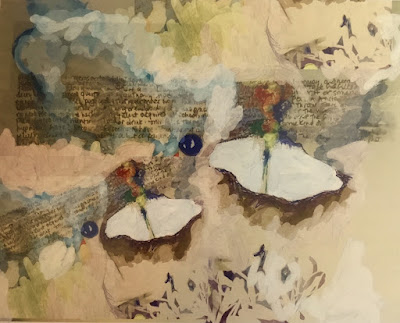 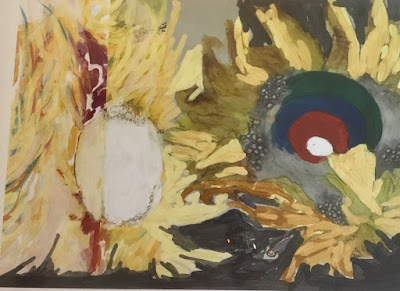