"thou Bride of Awe"

I have been working through artistic responses to Emily Dickinson's altered books and life... I have an altered book work at The Marin Museum of Contemporary Art (see photos in my previous post) and I have been working on handmade paper purchased on a visit to the Royal Academy in London, working on this paper because it seems rough and simple, textured yet elegant, characteristics I see in Emily Dickinson's poetry. "My Business is Circumference," she announces in one letter, and here is my journal version of the first letters of this word, as written by Emily Dickinson:

The writing is so compelling because, in a way, it's all we have.

Dickinson's manuscripts were bundled, sewn together, and discovered in a drawer after her death.
It isn't clear that she wanted them printed. But it is quite clear that she would not have wanted her poems ripped out of their sewn sequences, which is what happened, and her forms made more "regular" and of-her-time. She was an avant-garde and brave poet... How can we ever re-construct her poetic order and desires?

I have two paintings in the Deerfield Arts Bank that incorporate my versions of Dickinson's handwriting. I think that the handwriting is, as a contemporary poet, Susan Howe, has argued, visually striking, important, meant, made. 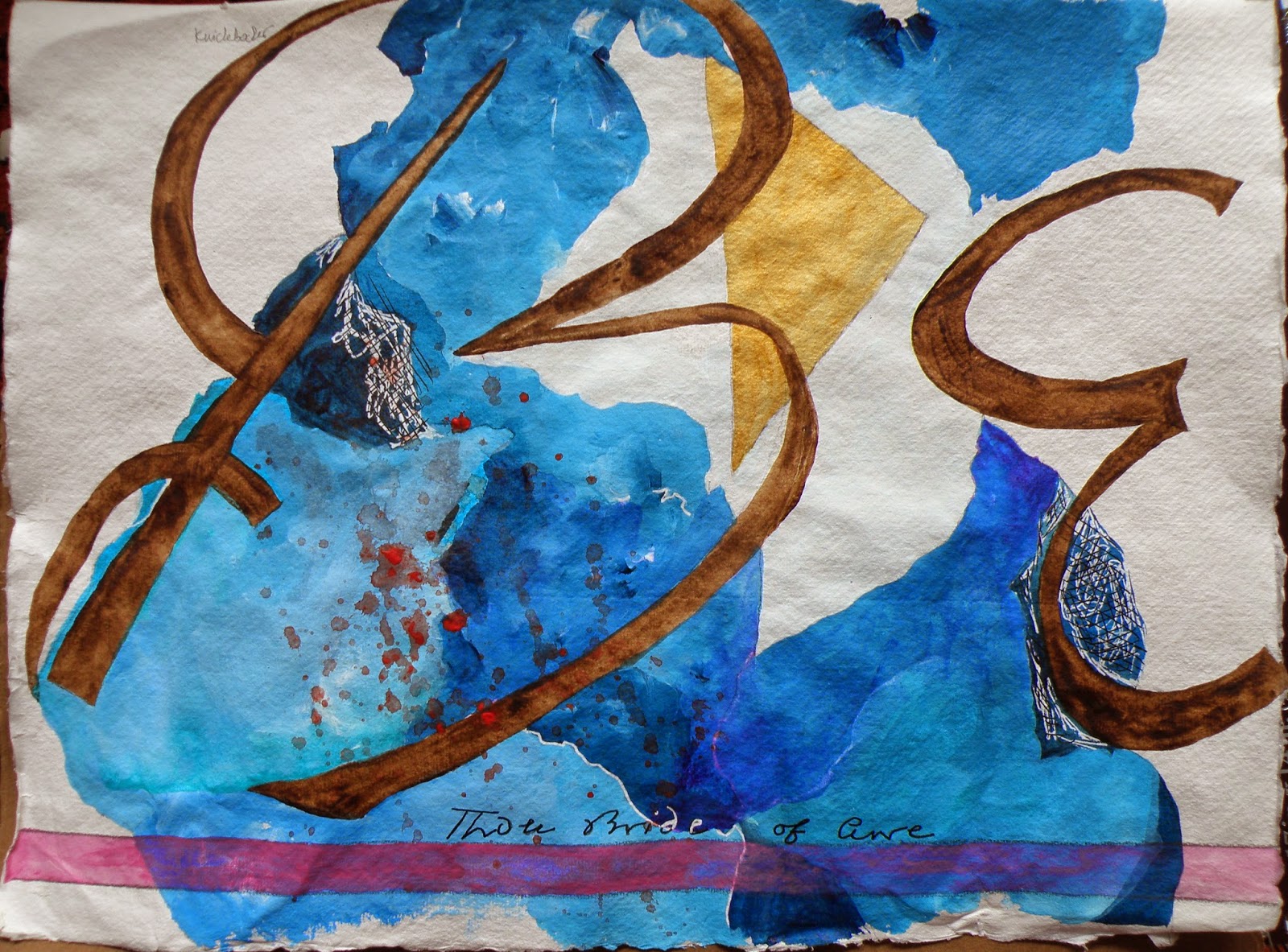 Then, past the handwriting, how to go "beyond" Dickinson's "circumference"? How to get where she was going?

She was going into the world, into the natural, the unnatural. I read "The Poems (We Think) We Know," a lively article by Alexandra Socarides (here: http://lareviewofbooks.org/essay/poems-think-know-emily-dickinson/). She says that Dickinson quite liked the "beauty" of "nonsense sounds," and that Dickinson writes about "the long sigh of the frog." This is an unexpected rise to a kind of nobility, and Socarides writes that the sound, as she thinks Dickinson hears it,  "brings peace and allows the human who hears it to prepare the way for death."

So to winter, and the death of the colors in nature. Here is my backyard in January: 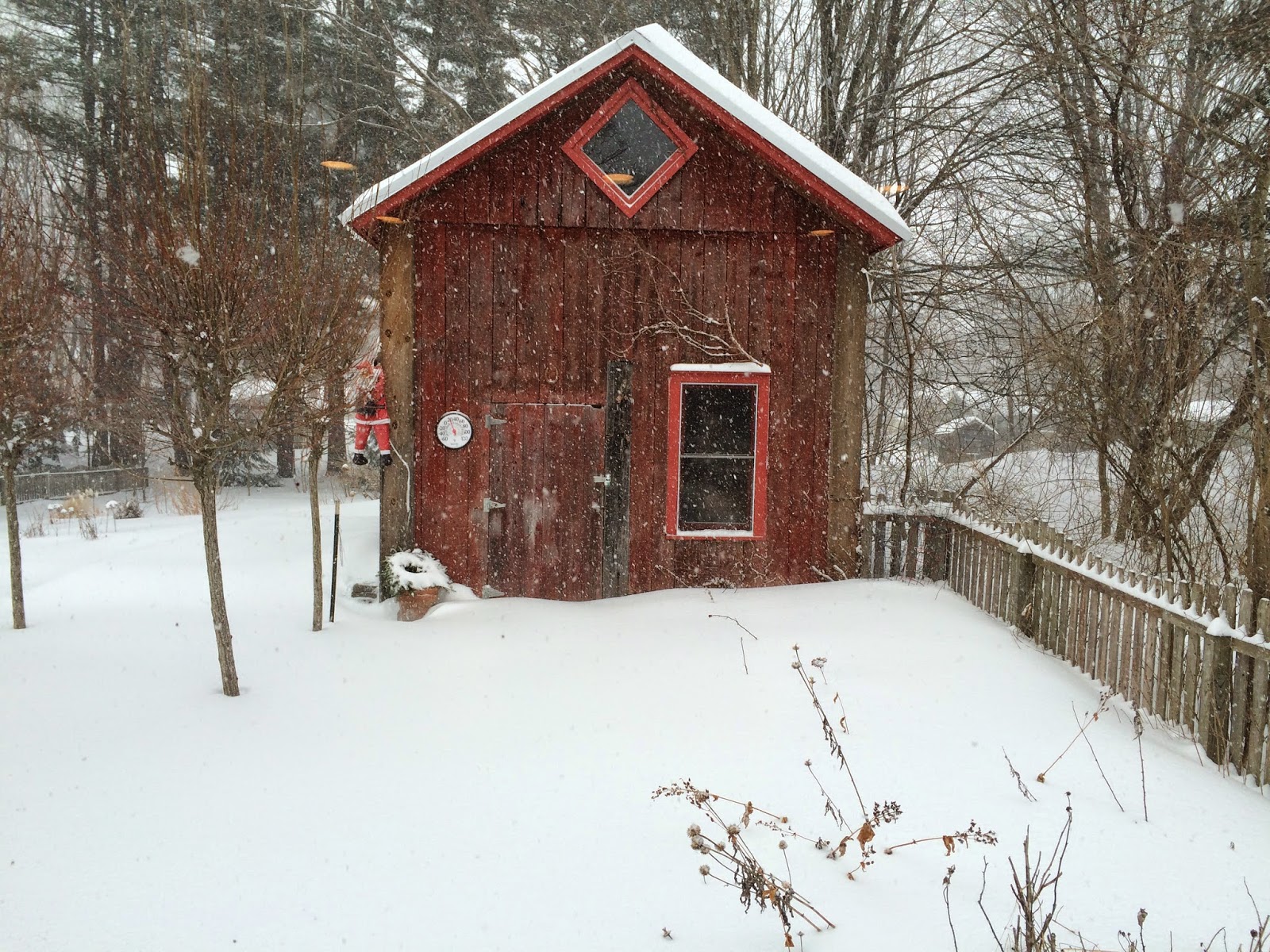 And here is the same scene, this morning: 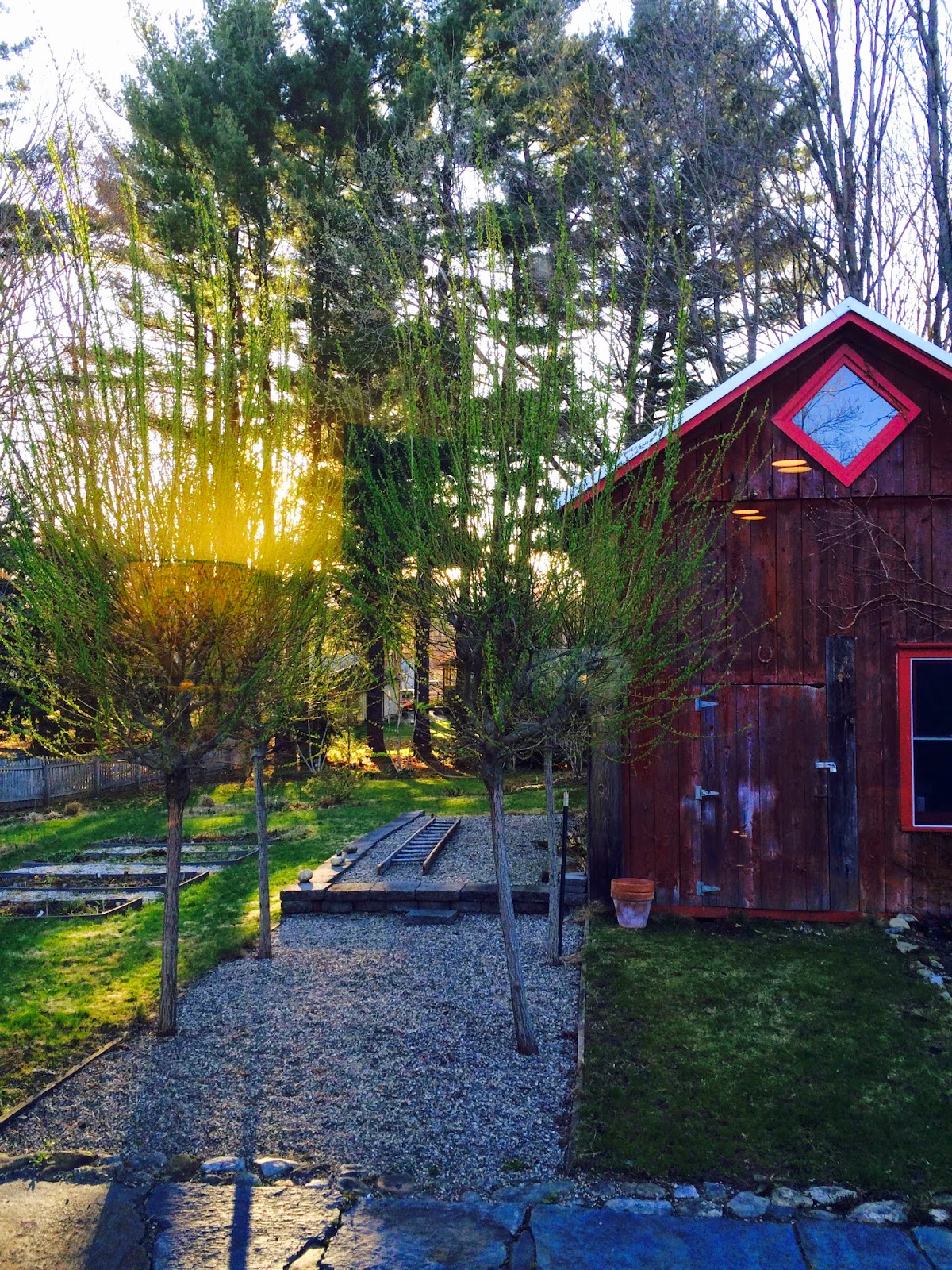 I have no frogs, but I have cats (one rather like a lion) and a red squirrel and a fat limping grey squirrel and small birds, all of them wondering about the greens now appearing in the newly-raked yard.  I am merging Emily's handwriting with the fragile recovering sticks of plants. Here is "April green": 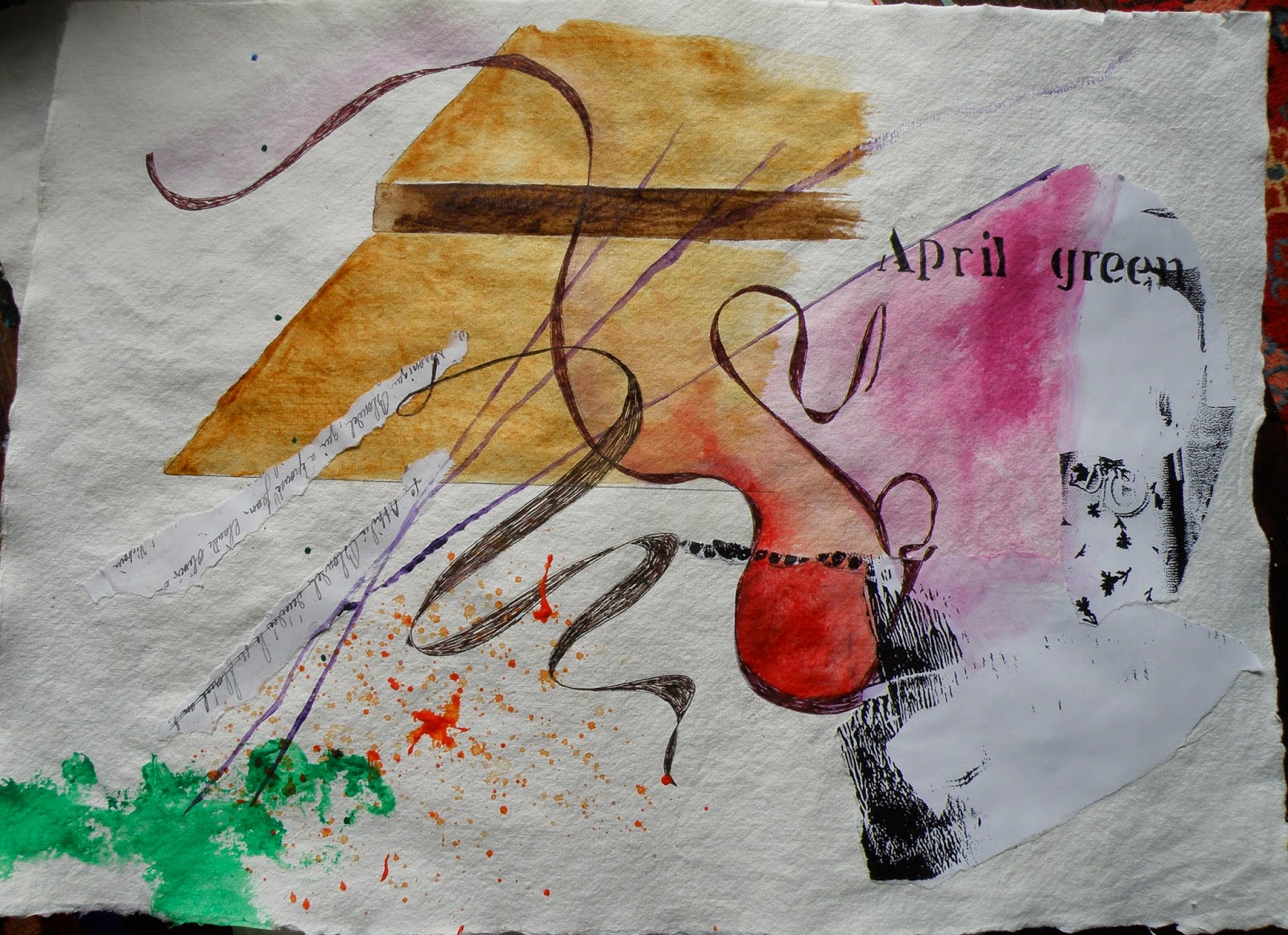 And the unexpected shows up quite often in Dickinson; look at the idea of "Beyond the dip of bell." Not beyond a ringing bell, not beyond a shaken bell, but a bell that seems to move and makes sounds of its own accord. She writes outside of symmetry, outside of the world she was expected to inhabit. So, here is "Symmetry," for her: 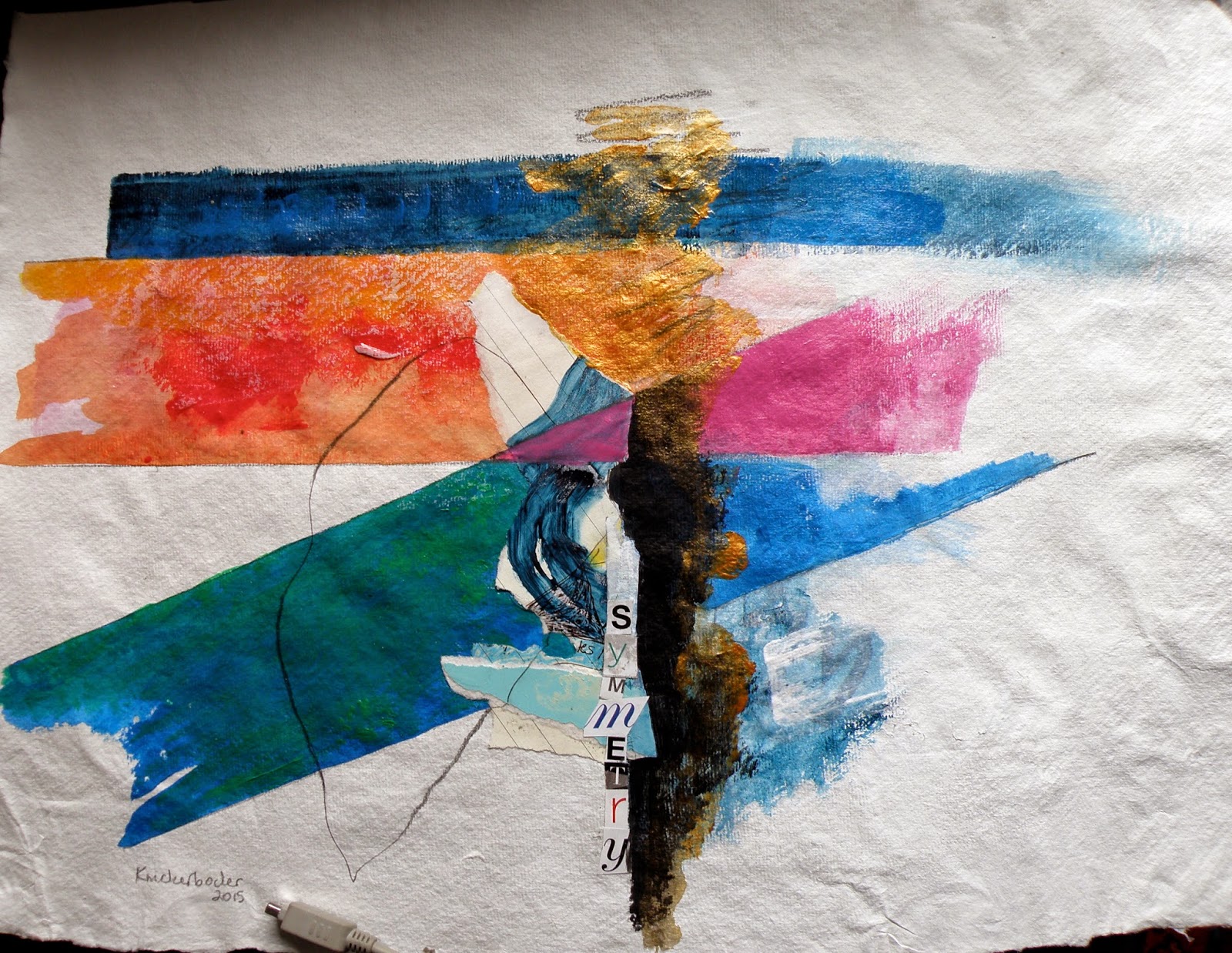